A MESSAGE TO SPACE

A MESSAGE TO SPACE

(LOS ANGELES, JANUARY 18 2020) — SUPERCOLLIDER, formerly the Nook Gallery, launches its 2020 science inspired initiative with A Message to Space, a multimedia exhibition bringing diverse space themed artworks to Los Angeles. Demonstrating an interdisciplinary history, experience, and phenomenology of aerospace studies, this exhibition presents the Space Art DNA Time Capsule, an art project that will store crowdsourced drawings and messages on synthetic DNA and then rocket the DNA to outer space in 2023. The gallery will provide drawing materials for guests to submit works during the opening.

The exhibition will display unique space artifacts, such as an original artwork created by astronaut Nicole Stott, made while orbiting above Earth within the International Space Station, as well as The Golden Record (replica) a 12-inch gold-plated copper disk, portraying sounds and images, overseen by Carl Sagen and carried to space on NASA’s Voyager. The record’s audio recordings will be playing throughout the exhibition.

Nicole Stott with her original photo and watercolor painting as she created aboard the space station in 2009.
Six years later, Stott left NASA to become a full-time artist. (NASA/TheArtisticAstronaut.com)

A Message to Space brings to public awareness notable art and science projects interacting with and exploring outer space. Artworks etched onto satellites, artworks created by astronauts, artifacts that have flown to space and back, and pumpkin seeds flown in low Earth orbit— these works convey that the pursuit to understand life on earth and beyond is not so distinct from the artist’s quest to understand life’s meaning.

Danielle Siembieda, Managing Director of LEONARDO, The International Society for the Arts, Science, and Technology describes SUPERCOLLIDER, an all-female, artist-run gallery project space, founded by artist Richelle Gribble with curatorial advising and executional support of artist Janna Avner, as “a critical cultural space for the arty-scientist, technocurious, ‘is-that-really-art?’ artists, and those that bowl out of their lane.”

SUPERCOLLIDER’s largest project to date launches its presence in Los Angeles as one of the few, fully focused galleries supporting science inspired works, along with emerging and older technologies. The gallery claims a stake in Los Angeles’s relatively nascent and understated science-art scene.

A Message to Space highlights the artist and astronaut relationship from low earth orbit, bringing scientists, space philosophers, technologists and artists together in one dialogue. Select space-art objects in the exhibition include: MoonArk, a highly collaborative and massively integrated project to be sent to the Moon initiated by Carnegie Mellon University; Our Humanity, a linocut print by artist Richelle Gribble made for spaceflight aboard Blue Origin’s New Shepard’s Space System; The Great Migration, ink drawing by Forest Stearns laser etched on satellite side panels of Planet Labs satellites; Space Art DNA Time Capsule, a crowdsourced drawing project facilitated by Beyond Earth to send to space; Pioneer Plaque (replica), a gold-anodized aluminum plaque co-created by Carl Sagen, Frank Drake, and Linda Salzman Sagen featuring a  pictorial message on spacecrafts; Pioneer 10 and 11 intended for intelligent extraterrestrial life.

In addition to the collection of artworks, SUPERCOLLIDER presents Space Art DNA Time Capsule, serving as the outer space Pioneer Plaque of the 21st Century. The capsule contains hundreds of crowd-sourced drawings created by individuals from around the world. These drawings will then be encoded onto synthetic DNA and sent to outer space.

Past works in this exhibition were presented November 2019 at MATSUDO, JAPAN’s International Science and Art Festival, a festival co-curated by Ars Electronica.

The event is free and open to the public. Free on-site, gated parking will be available on a first come, first serve basis. For more information or press inquiries, contact Richelle Gribble at richellegribble@gmail.com.

Our Humanity
linocut on masa and vellum
5.75 x 3.5 inches
Artwork by Richelle Gribble

The Wave
watercolor on paper, made in spaceflight
7 x 10 inches
Artwork by Astronaut Nicole Stott 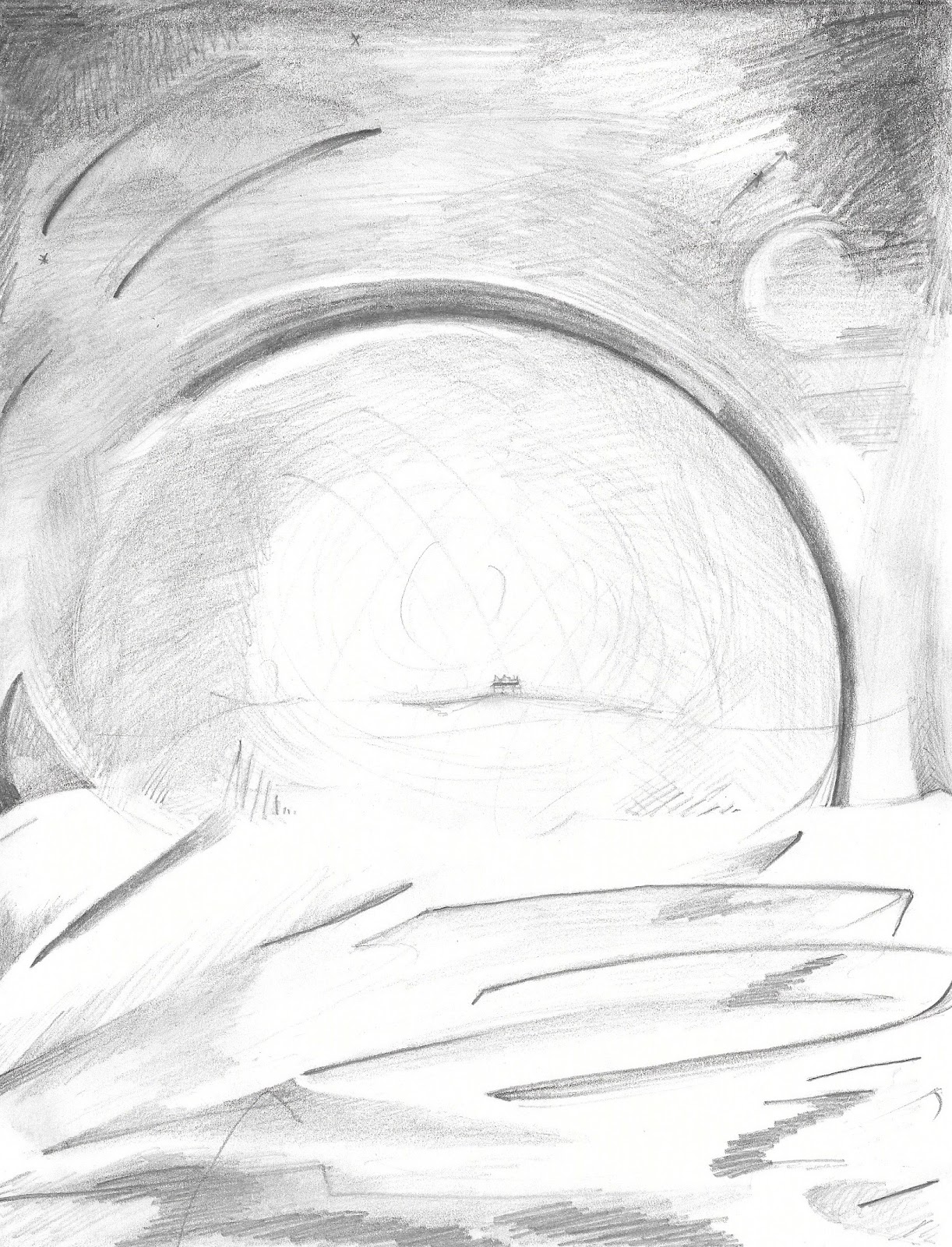 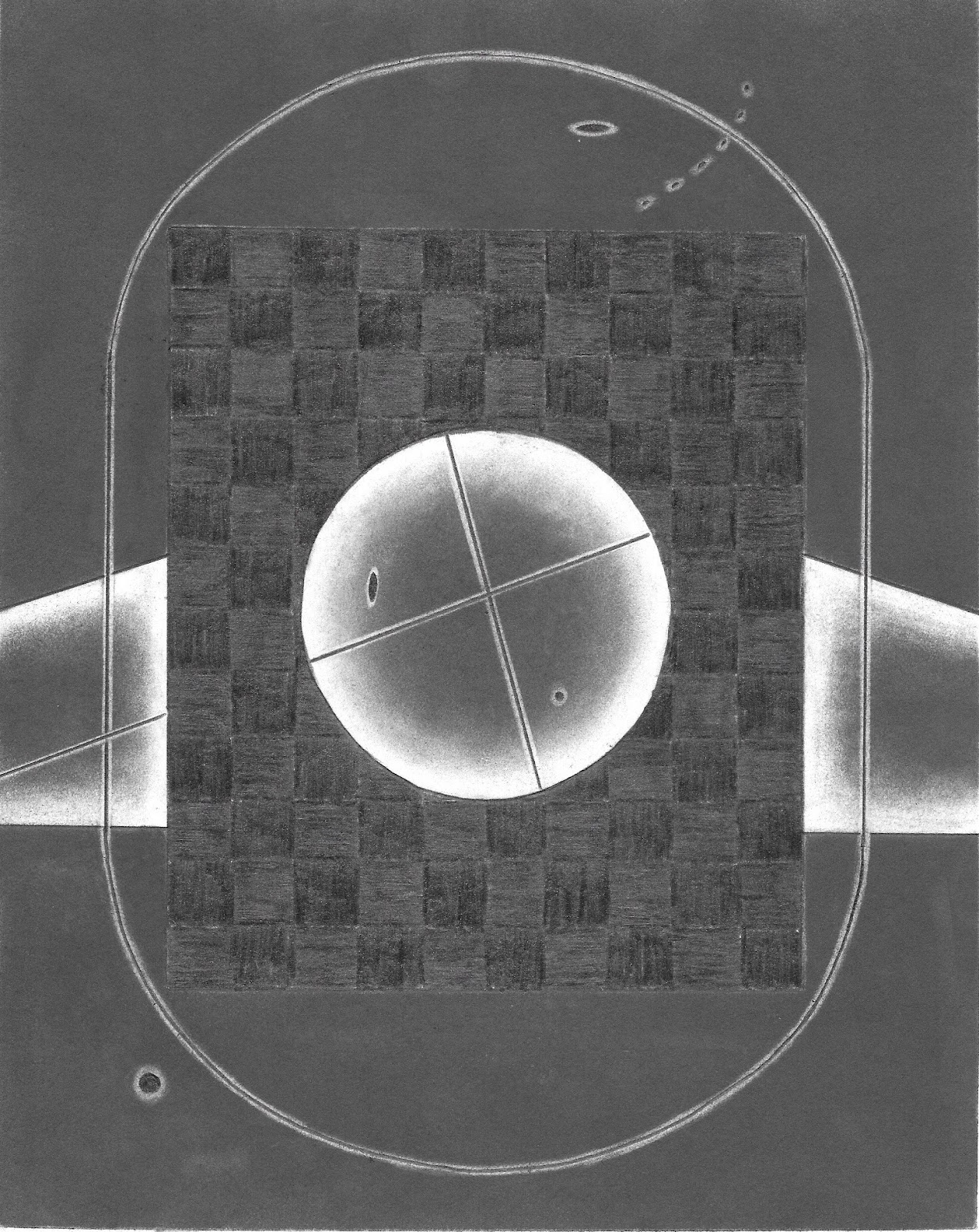 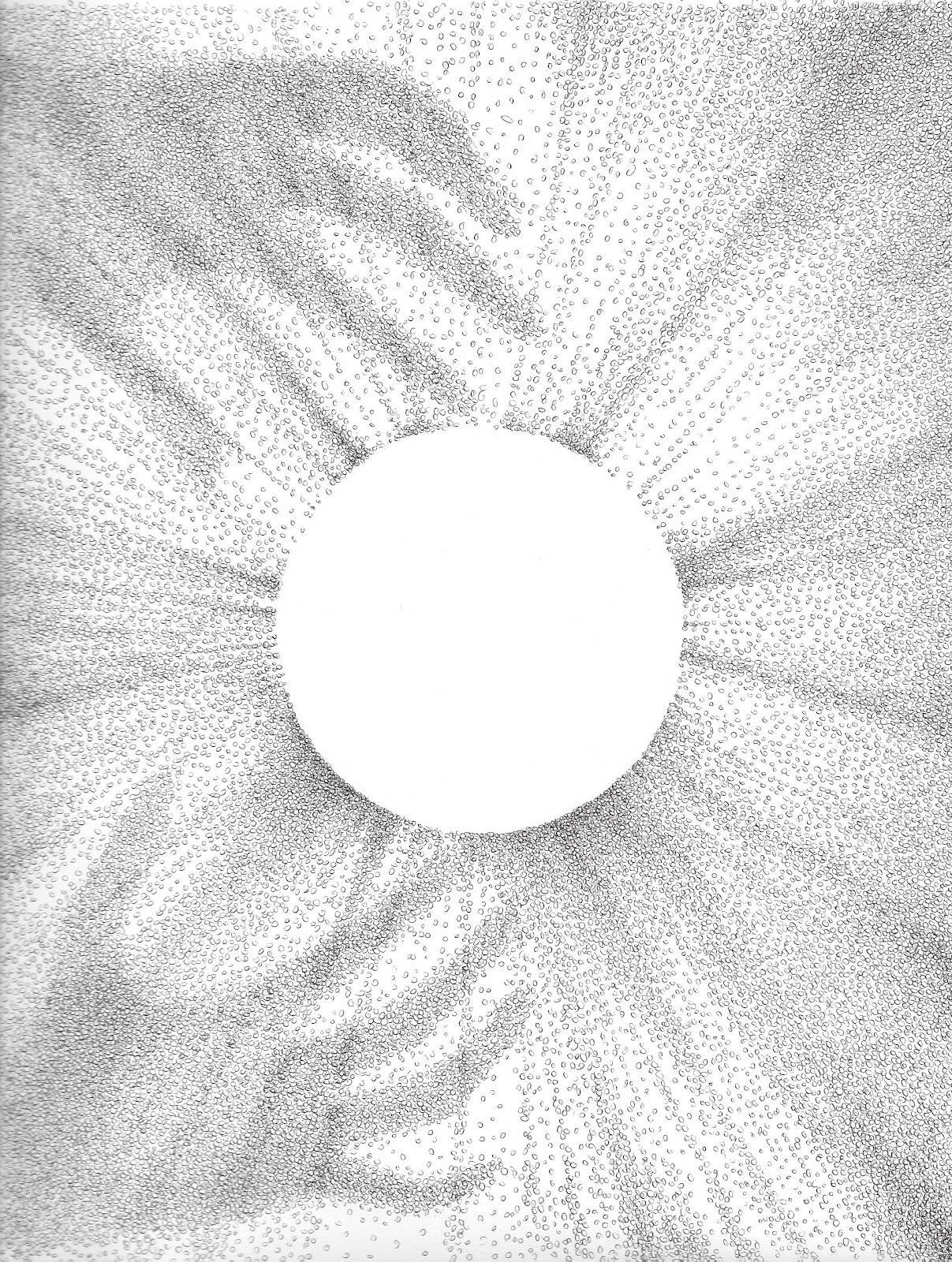