Houston welcomes LASER (Leonardo Art Science Evening Rendezvous) the Leonardo/ISAST's international program of evening gatherings that bring artists and scientists together for informal presentations and conversation with an audience. LASER Talks were founded in 2008 by Bay Area LASER Chair Piero Scaruffi and are in over 30 cities around the world. Leonardo/The International Society for the Arts, Sciences, and Technology (Leonardo/ISAST) is a nonprofit organization that serves the global network of distinguished scholars, artists, scientists, researchers and thinkers through our programs focused on interdisciplinary work, creative output and innovation. From its beginnings, Leonardo/ISAST has served as THE virtual community for purposes of networking, resource-sharing, best practices, research and events in Art/Science/Technology.

This series of evenings illuminates the extraordinary interdisciplinary research and applied practice taking place across Houston in our laboratories, art studios, and classrooms. LASER Houston showcases the art and science practices across the city that have independently brought international recognition and are unique to Houston’s identity. These evenings are a platform to cultivate an interdisciplinary community, expanding the local art and science network, fostering creative dialogues and future collaborations.

The presentation will discuss items of methods and clinical nature, that affect especially women in menopause (90% of cases). The entity was "discovered" in 1990 in Japan, and the name of Takotsubo was given to identify with an image the main change in this condition ("octopus trap"). The exact nature and treatment of this condition are still incompletely explained: this subject will be discussed at length for its causes and clinical course, that are totally surprising and unusual in medicine. The terms "Stress or catecholamines cardiomyopathy" have also been used, to allude to the frequent association with stressful conditions in the life of these patients. The most amazing feature of TTC is the absence of coronary blockages or cholesterol/clots deposits (the usual cause of heart attacks in humans). Most frequently, the severe heart muscle failure disappears spontaneously and it does not recur but in 10% of the cases. We will show a few examples as seen by angiography, and of the experimental reproduction of some cases, as shown by use of the acetylcholine test. TTS continues to be an unsolved, rare clinical problem, that awaits multicenter studies to clarify its mechanisms and treatment. 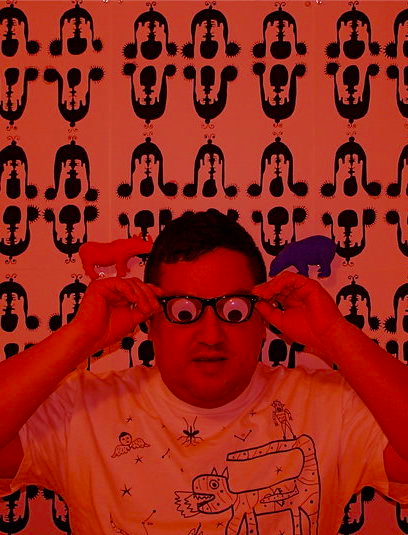 Looking for a Hero or Whips, Whims and Wigs and Gio Ponti is just an Excuse

For most of my artistic career, I have been interested in developing a dialogue about social injustices. Through my art, I explore issues of gender, class, race, power dynamics, violence, immigration and post-colonialism. The artworks I produce illustrate and reflect on these social issues that I have experienced personally and as an observer.  My idea is to mix aggression with playfulness and to contrast the decorative and the innocent with brutality to reveal the severity of my subject matter. I attempt to show social inequalities by exaggerating reality with irony. My work is multidisciplinary and my source of reference comes from everyday objects such as wallpaper, wrapping paper, children’s books, the imagery of cartoon drawings, toy models and piñatas. I like the ornamental aspects of these items, the richness of patterns, and the use of flat colors and shapes. In 2019 my art show “Looking for a Hero or Whips, Whims and Wigs and Gio Ponti is just an Excuse” will open a dialogue about problems related to domestic labor and immigration. The focus of the investigation is centered around my memories while growing up in Venezuela. However, as an adult and living in the USA for 19 years has allowed me to see that this problem exists here and worldwide. Through this body of work, I infiltrate these issues of social inequalities by appropriating the ornamental aspects associated with folk art and geometric abstraction.

Gerardo Rosales is a Venezuelan visual artist and educator who has been living and working in Houston, Texas, for 20 years. Rosales first started producing art as a self-taught artist, before attending the Armando Reverón Art Institute in Caracas, Venezuela, where he earned a B.A. in Fine Art. After graduating, he moved to London to study at the Chelsea College of Art and Design, where he obtained an M.A. in Fine Art. During his studies, Rosales became more resourceful with the use of mixed media and began producing more socially conscious work. The themes present in his work confront the viewer with a disarming contrast between the use of pattern and ornamentation (normally associated with decorative objects of everyday life) and images related to issues of violence, repression, sexuality, abuse of power and loneliness. Rosales has exhibited his work in the U.S. and internationally, including at ArteBA in Buenos Aires, ArtBO in Bogota, and Pinta in New York. The artist is represented, in Venezuela, by Gallery Carmen Araujo Arte. Rosales is currently the artist-in-residence at The Transart Foundation for Art and Anthropology in Houston and was recently awarded the 2019 Support for Artists and Creative Individual Grant from the City of Houston, through the Houston Arts Alliance. 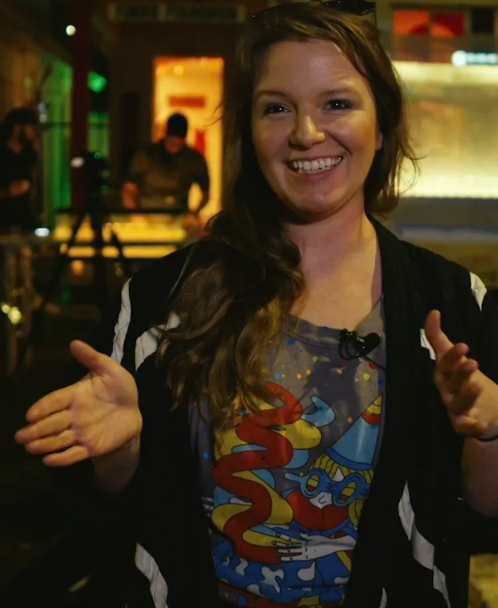 Carrie Marie Schneider is an artist interested in the capacity of people to reimagine their space who works in Houston, Texas- a sculpture built by the artist neoliberal capitalism. Her current work invites the public to renegotiate their relationship to water Post-Harvey and in the face of Climate Change via participatory play within hand-scale weather systems inside of a disco fishtank. As 2017 inaugural Fellow with Project Row Houses- UH Center for Art and Social Engagement she amended the adage that "the greatest creativity comes from the most dire circumstances" to avow what support allows silence to break. She matchmakes Artists with Activists, curates interdisciplinary conversations between artists and university faculty in a range of disciplines, and holds a degree from an ongoing self-made MFA program.

Schneider will give a quick timeline of her projects in which she has performed and researched Survival Creativity as it relates to the capacity of people to reimagine their space. These include Hear Our Houston - public generated audio walking tours, Care House- an installation in the house she grew up in memorializing mother/home and the roles of caregiving/caretaking after a Cancer death, Incommensurate Mapping - a first solo show of a local artist at the Contemporary Arts Museum Houston in which Schneider excavated past visions of the museum's potential futures and invited the public to imagine the role of the institution, and Bust Bash- a real estate fly through video depicting a carnival for the Oil Bust on the former KBR site. 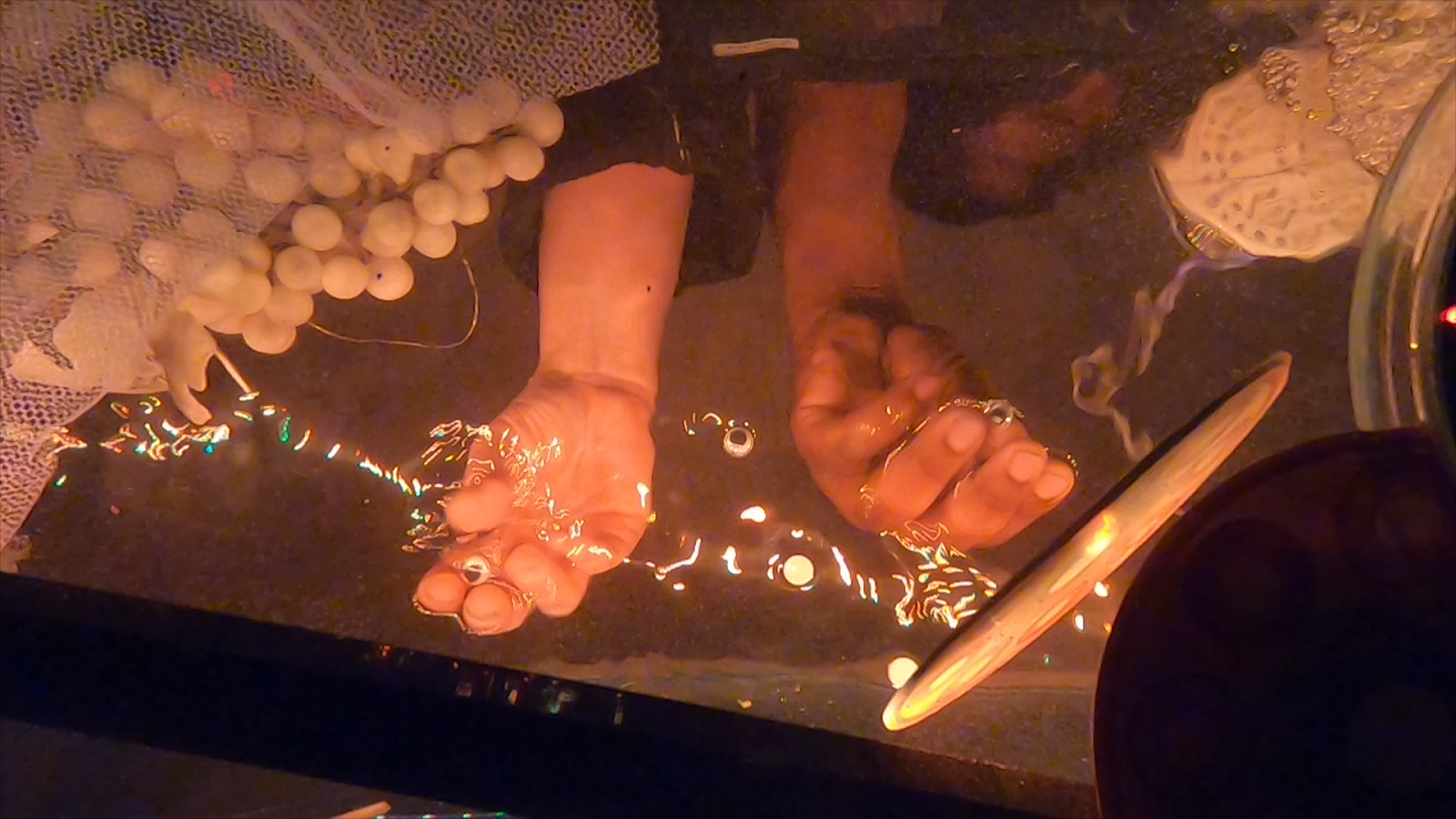 Following the talk, attendees are invited to participate in Carrie Schneider's Washing Water outside. Choose symbolic objects to Make A Waterscape for the length of a song you pick. Your play in water about water will be videoed from below and projected large in a public dream relay. washingwater.com

Please help us and let your friends, colleagues and followers know about our page: LASER Talks at Houston